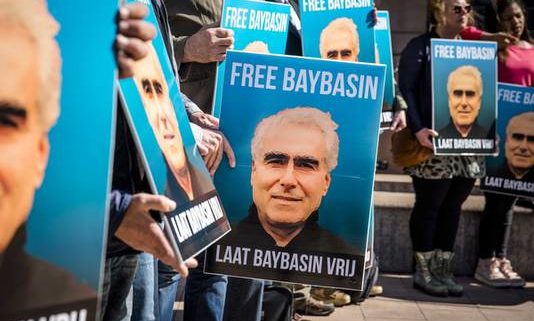 Hüseyin Baybaşin was born in Lice (Turkey) on June 25, 1956. He was a businessman and politically active. Until his arrest on 24 December 1995 in The Netherlands he was living with his family in the UK under the protection of the British government. In the past Baybaşin worked for the Turkish Government and was involved in all kind of governmental activities. In this period Baybaşin was informed about drugs trafficking between Turkey and Western Europe and about the involvement of Turkish officials. He therefore became a threat to those officials and was therefore falsely accused himself for trafficking and heavily tortured. After he escaped from Turkey he finally came to live in London. He was also deeply involved in the Kurdish movement trying to find peaceful solutions for the Kurdish political interest. He was for example one of the founders and a main sponsor of the Kurdish Parliament in exile, which was founded on April 12, 1995 in The Hague. The Turkish Government was furious about this at the time and accused the Dutch Government of negligence. Shortly after this event meetings started to take place between officials of the Turkish and the Dutch State.